Magos was established in 2007 to realize the vision of bringing advanced radar technology to the security and perimeter protection markets. Magos is an expert in low cost, low power, high performance radars that can be easily integrated in existing VMS, PSIM and other control software.

Magos Area Surveillance System (MASS) is a fully automated system for handling, controlling monitoring and logging intrusion alerts based on inputs from a variety of sensors such as ground surveillance radars and PTZ cameras. Upon intrusion detection, MASS automatically cues a camera and displays real-time video for target verification. Sensor and camera coverage is displayed in birds-eye view pictures generated by the integral mapping engine.

The integration of VideoXpert and Magos has two parts: middleware for passing MASS events and also an OpsCenter plugin for displaying the MASS web application within a cell. Events include an object entering or leaving radar monitored zones. MASS also has sends ONVIF Profile S commands to Pelco PTZ cameras to track an object based on the detection of an object entering a zone and then tracking that object. 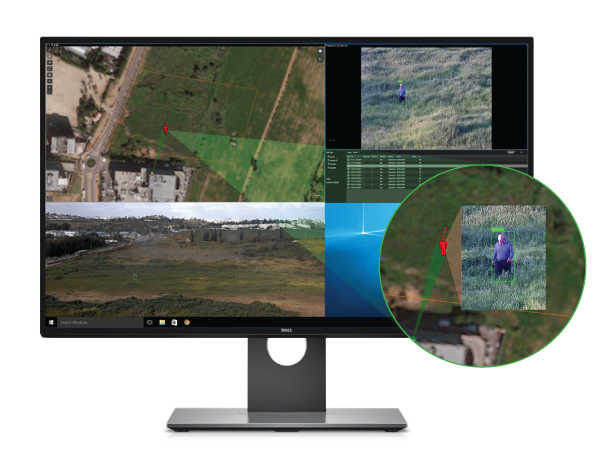 Upon reception of a detection event, a rule could also be created to additionally present video from the Pelco camera. Magos can also provide a simple VideoXpert ASCII service based integration.

This integration software requires a license from Pelco in addition to any licenses required by Magos. You may use initial integrations for the first 90 days without a Pelco license. Please order Pelco part number INT-MAGOSMASS for a one-year license.

Please complete the form below and select what updates you wish to receive.

Contact us today for video surveillance solutions that keep your facilities, properties, and people safe.