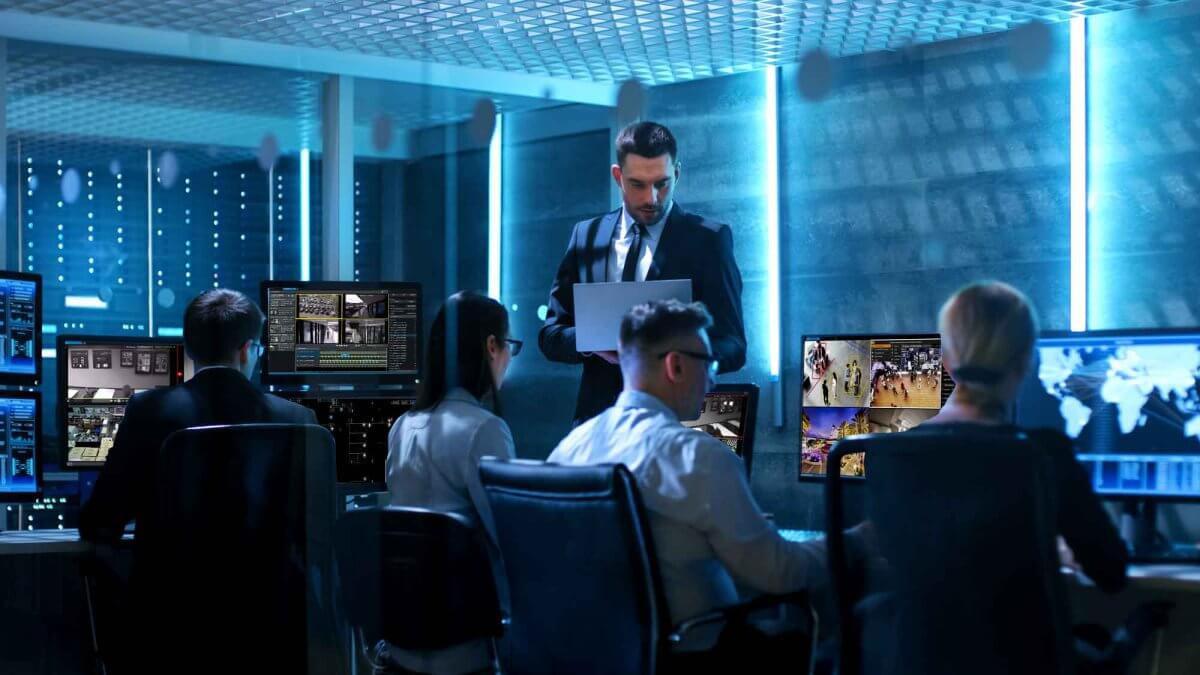 Cybersecurity is a top concern for many involved in the Physical Safety and Security industry, this includes Pelco, its customers, distributors, and system integrator partners. The US Government is one of the most demanding customers when it comes to the cybersecurity, as well as video surveillance systems used for critical infrastructure and public safety.

Some in the industry have expressed confusion as to the scope of the NDAA ban; the ban is related to named companies (NDAA Section 889,3, B), not the country of origin (manufacturing location) of video surveillance products or components.

Details of the NDAA

Amongst the many provisions in this law, there are several provisions which have a very significant impact on existing and future  US government agencies, including the US Military video surveillance system procurement and deployment. Section 889 contains many of the relevant provisions.
https://www.congress.gov/bill/115th-congress/house-bill/5515/text#toc-4350A53097BD46409287451A50C4F397

The Act includes video surveillance equipment under the “covered telecommunications equipment” definition and calls out specific vendors, cameras, and components which are expressly forbidden for use in US Government-related video surveillance deployments.

(3) COVERED TELECOMMUNICATIONS EQUIPMENT OR SERVICES.—The term “covered telecommunications equipment or services” means any of the following:

(A) Telecommunications equipment produced by Huawei Technologies Company or ZTE Corporation (or any subsidiary or affiliate of such entities).

(C) Telecommunications or video surveillance services provided by such entities or using such equipment.

(D) Telecommunications or video surveillance equipment or services produced or provided by an entity that the Secretary of Defense, in consultation with the Director of the National Intelligence or the Director of the Federal Bureau of Investigation, reasonably believes to be an entity owned or controlled by, or otherwise connected to, the government of a covered foreign country.

It should also be understood the NDAA ban extends to other manufacturers or vendors if the video surveillance cameras and systems are offered under another manufacturer’s brand name typical of OEM, ODM and JDM relationships (Section 889, a1, A and B).

(a) Prohibition On Use Or PROCUREMENT. — (1) The head of an executive agency may not—

The NDAA ban also includes “essential component of any system” and “critical technology as part of the system” from the named manufacturers. Pelco and others in the industry believe that the ban extends to the System on a Chip (SoC), which includes embedded processor circuitry capable of executing software commands, frequently used in various video surveillance cameras. Thus, these SoCs from specifically named vendors (previously addressed) are subject to Cybersecurity concern and are banned as well.

The NDAA (Section 889, 3c) effective date also calls for the removal of any banned but pre-existing cameras or systems that may already be deployed in US Government entities / infrastructure effective one year from the signing of the Act (this would be effective August 13, 2019). An optional waiver would extend the phase-out deadline by an additional year to provide US government agencies some time in identifying and removing banned cameras and systems. The waiver must be applied for and include a compelling reason as to why the agency will not be able to eliminate “covered telecommunications equipment” within the standard deadline. Parties seeking waiver must also submit a phase-out plan to eliminate the covered equipment from the entity’s systems.

(1) EXECUTIVE AGENCIES.—The head of an executive agency may, on a one-time basis, waive the requirements under subsection (a) with respect to an entity that requests such a waiver. The waiver may be provided, for a period of not more than two years after the effective dates described in subsection (c), if the entity seeking the waiver—

(A) provides a compelling justification for the additional time to implement the requirements under such subsection, as determined by the head of the executive agency; and

(2) DIRECTOR OF NATIONAL INTELLIGENCE.—The Director of National Intelligence may provide a waiver on a date later than the effective dates described in subsection (c) if the Director determines the waiver is in the national security interests of the United States.

Pelco products are used and trusted by numerous governments and enterprises in numerous vertical markets on a global basis. We hope this document helps clarify Pelco’s position and status as it pertains to NDAA.

Cybersecurity is an important consideration for a video surveillance system. Please refer to related Pelco NDAA documents and content below.

To make the Pelco camera selection process easier with respect to NDAA compliant products from Pelco versus banned named video surveillance camera and system suppliers, please see our equivalent product conversion list from Dahua and Hikvision to the Pelco equivalent.

Pelco would like to correct any misinformation or technical errors stemming from third-party products or representatives. If you receive information contrary to what has been stated in this document with respect to the origin of a Pelco product or NDAA compliance of Pelco products, please let us know.

Contact us today for video surveillance solutions that keep your facilities, properties, and people safe.