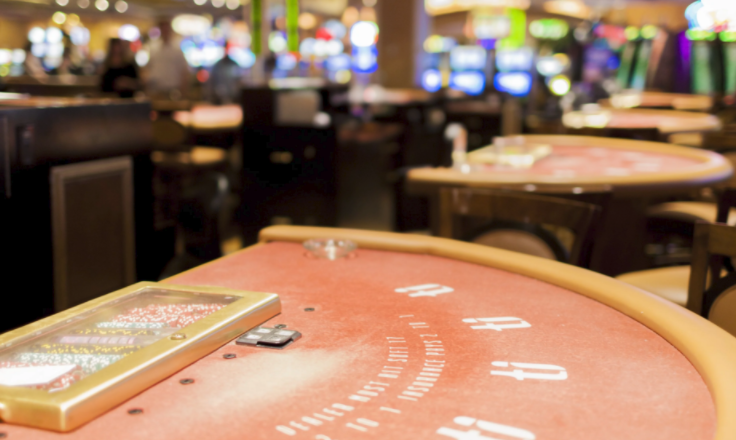 People seek out entertainment to relax and forget their worries, but unfortunately, major venues present a variety of security risks that make a lot of would-be visitors nervous about seeing a sports match, attending a concert or trying their chance at a casino. The large number of people, the alcohol and the excitement (or in the case of sports or gambling, deep disappointment) can endanger the safety of patrons and employees.

Fortunately, surveillance technology keeps getting better. Pelco’s multi-sensor panoramic cameras are at the forefront of changes that offer major venues a cost-effective way to identify and intervene to stop dangerous behaviour far more quickly than ever before.

Security solutions that work for low-key sites often don’t serve the needs of a major entertainment venue, such as a casino or a stadium. Those places present a number of unique challenges that only top-notch multi-sensor video cameras address.

The biggest challenge is the sheer number of people who attend a major sporting event, or who are cruising the floor of a major casino. These types of environments have traditionally lent themselves to crimes of opportunity, such as pick-pocketing, because offenders can so quickly disappear into the crowd and count on grainy, inconclusive surveillance footage that fails to identify a culprit.

Pelco’s multi-sensor cameras, however, provide high-definition images that let security personnel see exactly what’s going on, with the same precision that they’d enjoy if they were standing next to the patrons on the ground. Just as important, when bad behaviour is observed, staff can zoom in on the offender’s face and get a high-definition image that it can not only use to investigate the event in the near-term but that it can have on file for future reference.

Another inherent challenge is the size of the venues themselves. Pelco’s panoramic cameras cover large swaths of space – from 180 to 360 degree views – allowing those watching the footage to view much more than would be offered by a conventional fixed camera. Seamless, panoramic views ensure operators can see the entire scene, with no gap in coverage.

Pelco’s cameras are also equipped to deal with the considerable variation in light that event spaces are subject to, from the dim lights of a casino bar or the entrance of a football stadium after sunset. The cameras’ wide dynamic range – powered by SureVision technology – ensures crisp images no matter what the light conditions, from very dark to very bright.

What sets Pelco’s cameras apart from conventional technology, however, is its use of analytics to identify situations that would elude the naked eye. Analytics can instantly spot and alert staff to undesirable behaviours, such as an unattended bag or a person moving the wrong way through a door. Through integration, analytics capabilities are enhanced to immediately notify staff of the presence of a guest who has posed problems in the past, a feature of particular relevance in the gaming industry.

Video security systems are, of course, not just there to respond to problems in real time, but to gather evidence that can be drawn upon later. Looking back through footage is key to responding to reported issues involving guests as well as to assess the performance of employees. One client, the T-Mobile Arena in Las Vegas, keeps up to three months of prior footage on hand with Pelco’s VMS storage. Authorised personnel can scroll through footage at breakneck speeds to find what they need, when they need it.

There’s no way to ensure that dangerous behaviour never takes place. But it’s the duty of those who oversee major venues to make sure that bad behaviour does the least damage possible to their patrons. It’s not just the right thing to do, but it’s good for business.