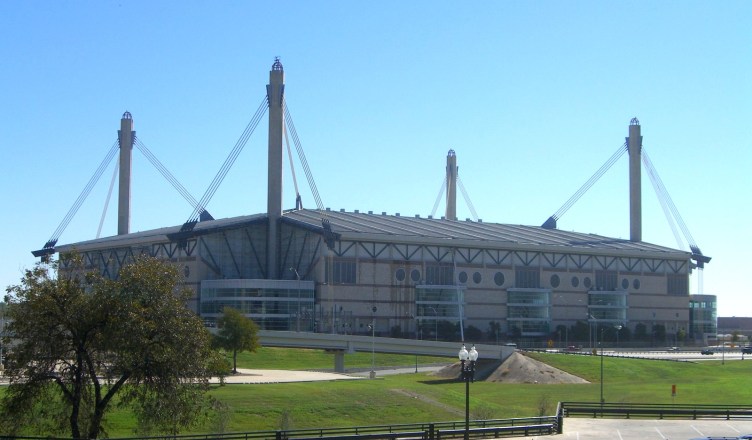 After an eventful NCAA tournament, including a historic first-round upset, basketball fans all over the world turn to the Final Four, which will take place at the Alamodome in San Antonio, Texas. Those of us who don’t have a bracket riding on the outcome or an allegiance to one of the four remaining teams are most likely rooting for a turbulent, gut-wrenching, buzzer-beating game that ends in epic tragedy for one side and glorious victory for the other.

However, for those tasked with security in San Antonio, the top goal is to make sure there that the only surprises that

take place in the arena occur on the court.

At stadiums, security threats come in many different forms. There are inebriated and emotional fans who get into fights. There is the potential for theft and robberies, particularly in parking lots or other outdoor areas where criminals can target fans and vehicles for money or other possessions.

Above all else, the large, dense crowds of people who show up for major sporting events are a prime target for terrorist attacks. In aninterview last yearwith Sports Business Daily, Alamodome GM Nick Langella described the spate of attacks in London as a wake-up call for venues around the world to bolster security: “It’s not just getting people through the door anymore. It’s about getting people off the property as well and creating a safe environment. That’s the new challenge.”

While the threats may have increased, the good news is that security technology has also improved in recent years, allowing major facilities to prevent problems from arising and to respond to those that do arise, more quickly.

At Pelco, we’ve been proud to provide comprehensive surveillance solutions to a number of major event spaces, including stadiums. One of our recent projects came at theT-Mobile Arenain Las Vegas, home of the Vegas Golden Knights and the Ultimate Fighting Championship.

At the T-Mobile Arena, Pelco’s end-to-end solution includes 250 fixedSarixTMIP cameras,SpectraTMPTZ dome cameras, andOpteraTMPanoramic IP cameras. This system not only provides constant video footage on the entirety of the stadium’s interior but keep tabs on Toshiba Plaza, the two-acre public space surrounding the arena.

The centerpiece of the system isVideoXpert, Pelco’s 5thgeneration Video Management System (VMS), which leverages the video images from all of those cameras into one centralized system, operated by a team of 14 security professionals in the stadium’s Network Operating Center. The security personnel monitor the activity in and around the arena on six 55-inch screens thateachdisplay up to eight video feeds simultaneously. That means at any given moment the security team is viewing footage from 48 different locations and angles.

The high-definition video images enable the security team to monitor the entire stadium property leaving little doubt about what an individual caught on camera committing a crime or engaging in suspicious activity looks like. The cameras also adjust to different light conditions, ensuring that dark corners of hallways are not out of view.

Of course, what worked for the T-Mobile Arena might not necessarily be what other venues are seeking. In some cases, they already have a set of cameras –– made by another manufacturer –– and are simply looking for a better video management system. In that case, VideoXpert is still the right call, since it was built with interoperability in mind and can hook up to ANY existing video cameras.

Something else that makes VideoXpert so valuable to our partners is its ability to integrate with a variety of data analytics platforms; as well as, process edge based camera video analytics. Here are some of the common analytics capabilities that our partners and cameras use:

There may not be a way to ensure that every fan enjoys the games. There will always be some of them who are unhappy with the result. But thanks to the types of new technology available to stadiums, we can do a lot more to make sure that every fan, win or lose, stays safe.