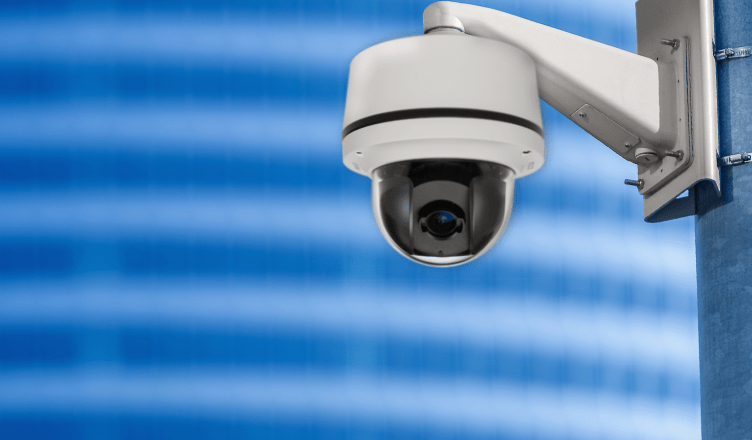 Though your city might not be “The City That Never Sleeps”, security for a City Surveillance installation is still a 24/7/365 task. Security teams, law enforcement, 911 operators, emergency services, and others work tirelessly around-the-clock to protect city inhabitants and visitors and respond quickly should an incident occur.

Video surveillance is critical to operation of a city surveillance security system. Cameras in public spaces and throughout the city’s roads and buildings help to ensure that a close eye is kept on people moving about their day, often with dynamic analytics to help detect threats or incidents such as an abandoned bag or a gathering crowd and alerting proper authorities. Cameras at traffic lights, intersections, highway merges, and other traffic hotspots register if a violation occurs and watch for accidents. They also often help to gather data about a particular area’s traffic patterns, helping the city become even safer.

Video surveillance deployed around an entire city is a large installation, consisting of thousands or even tens of thousands of cameras that must work together to detect and monitor incidents as they happen. Video is constantly being streamed to video management systems and archived to servers for storage. It’s critical, therefore, that cameras have a consistent connection to the network, as any interruption could result in a loss of video that misses a critical moment during a crime or other incident—or misses the incident entirely, leaving authorities in the dark.

As cameras are designed with higher and higher resolution, they provide more functionality—better all-around picture, capture of larger areas, and analytics capability that provides other essential functionality that a city needs to remain safe, such as facial recognition, object detection, and license plate recognition. Maintaining the connection to these cameras as they deliver a high resolution picture that is constantly being analyzed for problems and threats is a rugged task that requires an extremely strong connective technology.

Some cities have fiber cable installed throughout their streets, allowing for a fast, reliable data connection between cameras and other devices on a city’s network. However, for cities without available installed fiber, maintaining the connection is more complicated. Running necessary cable to each camera is a possibility, but it’s time-consuming, expensive, and difficult to install and maintain. It might require digging up roads and contribute to other disruptions that cause delays and bottlenecks in fast-paced cities.

Wi-Fi solutions for backhaul are another option for cities where running cable is not an option. With a Wi-Fi meshing solution, cities can implement a connectivity solution with a lower cost of deployment and a faster install time. In addition, a Wi-Fi solution can help to secure cameras and other devices and prevent them from being used during hack attempts to the network as a whole. Wi-Fi solutions on the market now are capable of providing the bandwidth necessary for the high-definition cameras currently in use in most security systems.

For public venues, traffic cameras, and other parts of a city surveillance network, especially those areas or installations where laying cable would be too expensive, too complicated, or cause downtime, Wi-Fi connections can provide the functionality necessary to keep your video surveillance system running with the functionality you expect—reducing downtime, simplifying your network, and increasing safety for the city as a whole.